Building a Connected and United Core

Macon’s Ocmulgee Heritage Trail is already one of the most popular and diverse places in the city. Through Macon’s efforts it will be expanded into a network of trails and median parks designed to make an even greater impact. The reimagined trail network will connect diverse and disconnected neighborhoods, reduce barriers to wealth creation and help support a thriving downtown. It will also function as a backbone to other civic asset improvements, supporting a more inclusive, sustainable and economically strong community.

"We are hardwired as humans to be happier with more social interaction. In Macon, the Ocmulgee trail allows us to experience the best of interactions; those serendipitous chance encounters, not isolated in our cars on the same routes from home, to work, to shopping or the same group of friends. Now, the Ocmulgee Trail can bring that same experience to the urban core by reimagining our streets and sidewalks as a playground that enriches our souls. Let us reimagine a place where we want to go just to see who we might meet."
–Chris Sheridan, Chair, Ocmulgee Heritage Trail committee and Macon-Bibb County Urban Development Authority 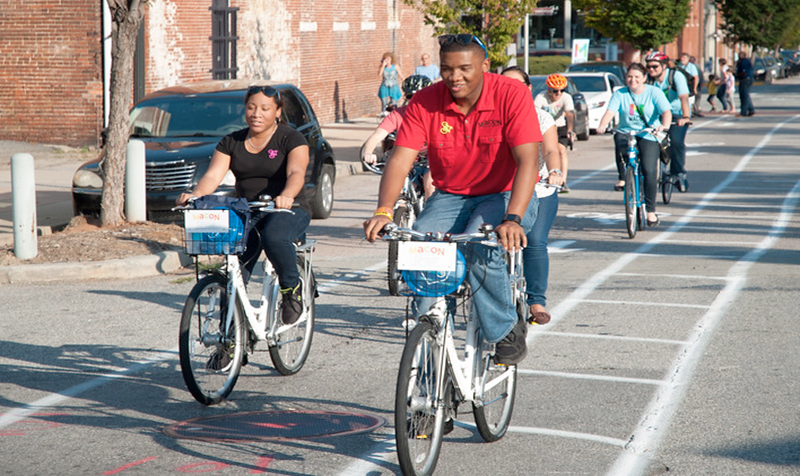 As with many cities, in the 20th century, roads and highways became the main planning and economic development tools for Macon, resulting in blighted and disconnected neighborhoods and a struggling downtown. Macon is looking to reverse this trend by focusing on connecting all residents to the assets that sprawl left behind: a walkable downtown and beautiful inner core homes and buildings.

While downtown has seen a renaissance of housing and small businesses, its public spaces are still lacking. Macon will focus its efforts on investing in a network of trails that will connect disinvested neighborhoods to downtown while expanding economic opportunity to more people.

The Ocmulgee Heritage Trail is a recreational trail along the Ocmulgee River. Already well-used and diverse, the trail has the potential to provide more than recreation. Upgrades and new connections will create a network of trails to connect more neighborhoods to downtown in a safe, fun and robust way. Pop-up events will welcome people to underutilized spaces, and new biking and walking infrastructure will support healthy communities and improve connections to downtown. The planned expansion will also reimagine a median park system throughout downtown and connect other parks that have been overlooked and under-programmed for generations.

By using the trail as a backbone, Macon is working to create public spaces where everyone feels a sense of belonging and ownership, helping lower barriers to wealth creation and social equity in a community that has not seen much socioeconomic mixing in the past.

In Macon we are encouraged by our ability to link our past and present in robust ways. We believe in the power of our trails to bring us together and spark unity in our city. 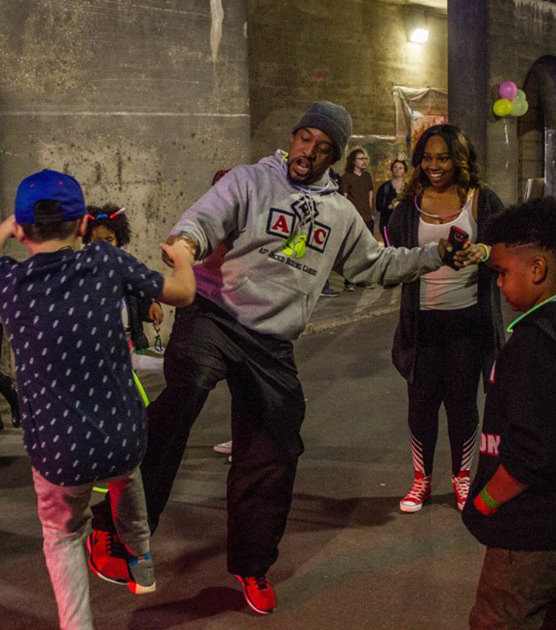